Primoz Roglic of Jumbo-Visma has won the 2019 Vuelta, the first overall Grand Tour victory for the team and Roglic is now the first Slovenian rider to win a Grand Tour.

Alongside Roglic on the top step in Madrid was World Champion Alejandro Valverde (Movistar Team) and another Slovenian, 20 yo Tadej Pogacar (UAE Team Emirates).

For Roglic the historic win was his 11th victory of the season and 47th for Team Jumbo-Visma.

It’s been a stellar year for Roglic (who finished third in the Giro d’Italia) and of course Team Jumbo-Visma who finished on the podium in every Grand Tour this year with Steven Kruijswijk third at the Tour de France.

“I am very happy. I have no words for this”, Roglic told reporters after the final stage in Spain.

“This victory is not only my most beautiful win, but it is also the biggest win for cycling in Slovenia. It has been three difficult and tough weeks with many ups and downs. The many crashes and setbacks especially made it mentally difficult. There were several important moments as there was a lot happening every day. We had to be riding attentively and focused every day.

“As a team, we have shown resilience,”” he said. I am proud of the team, the way we have fought the past three weeks. Everyone has given 110 percent, and that also gave me extra motivation to fully go for it. I am relieved that we have been able to bring this to an close successfully. Now we are going to enjoy it, and then we will focus on our next goals.”

Team Lotto Jumbo Managing Director Plugge said the win was the best result the team has ever achieved and hinted bigger was to come with star signing Tom Dumoulin waiting in the wings.

“A victory in a grand tour is the highest achievement,” he said.

“The Tour is of course the biggest race, but this is a big and beautiful step in that direction. This is the best victory in the team’s existence so far. Steven and Primoz have already shown that they can compete for the podiums in Grand Tours and, with Tom Dumoulin joining the team, that perspective only gets bigger.”

Alejandro Valverde (Movistar Team), a veteran of 16 Vueltas, said after so many years fighting at the highest level, and finishing second he was “super happy.”

“It’s been a very beautiful La Vuelta,” he said.

“You go there with the best intentions but we have to be realistic and we know the route suits other riders better than me but the main thing is to give it all.” 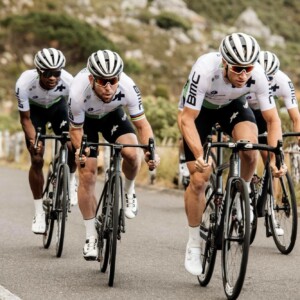 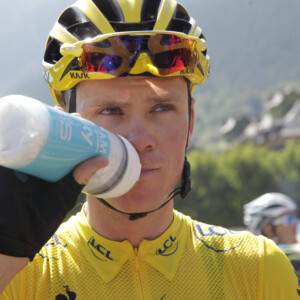