There has been as much to celebrate over the weekend as there has been devastation with the passing of Belgian rider Antoine Demoitie at the 76th Belgian one-day classic of Gent-Wevelgem.

Departing from the town of Deinze and heading west, the 243 kilometer race battles 10 cobbled climbs with the kick in the tail coming from the Kemmelberg at 28% only 35 kilometers from the finish with breaks occuring from kilometer 1 of the race being launched on those climbs but a very strong four man break lead by Sagan stuck to the line from the Kemmelberg. It is a race that suits the sprinters and the final dash came down to those four that included Peter Sagan (TINKOFF) the eventual winner, Sep Vanmarcke (LOTTO NL), Viacheslav Kuznetsov (KATUSHA) and Fabian Cancellara (TREK) in that order across the line, followed by Milan-San Remo winner Arnaud Demare (FDJ) who led the rest of the bunch to the line in fifth.

The win on Sunday is Sagan’s second career win at the Gent-Wevelgem and breaks his streak of second place finishes this season and is his first win in the rainbow World Champion jersey.

Marred by the tragic death of 25-year-old  Belgian Wanty-Groupe Gobert rider Antoine Demoitie after he was involved in a crash with other riders during the race when he was crushed by a motorcycle that fell on him after trying to avoid the crash. Demoitie was rushed to hospital but later succumbed to his injuries and died that afternoon.

Details of the crash are vague and the Wanty- Gobert team ask that their privacy is respected in this difficult time. The team will not start a number of races this week including the three days of De Panne and the two Coupe de France races which Demoitie was scheduled to race on Thursday and Friday, though the team hopes to race the Tour of Flanders.

There has been plenty of criticism raised about the safety concerns that motorcycles cause during races but Demoitie’s team insist that they do not blame the motorbike driver for the accident.

President of the Professional Cyclists Association (CPA) Gianni Bugno said at a press conference on Monday that they are full of frustration at this time, “I do not want to accuse anyone but make everyone reflect on the responsibility we have to ensure that a very high level of attention, awareness, and control over safety standards is always maintained during each race.”. The CPA wants to address the safety concerns that this accident raises.

Demoite joined Wanty – Gobert in early 2016 after three seasons at Walonnie – Bruxelles.A strong sprinter and up-hill finishers, he won the Tour of Finistere in France in 2014, and was second in the Handzame Classic and GP Stad Zottegam in Belgium in 2015.

Here is the top 20, full results can be found here. 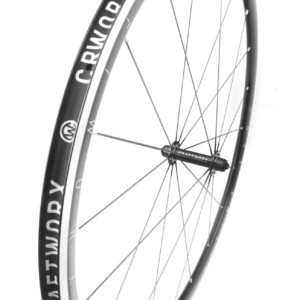