For the first time in this year’s edition of the race, the riders started in dry conditions. Nevertheless it was a briskly cold 190km stage of the ‘Race in the Sun’.

With the sprint teams in control of the peloton over the relatively flat stage, Bennett enjoyed the perfect leadout from teammates Michael Kolar then Juraj Sagan.

With 500m to go he  jumped to Patrick Konrad’s wheel and carried his speed through to the line, finishing ahead of an all-star sprint field that included Micheal Matthews (5th), Marcel Kittel (4th), John Degenkolb (3rd) and Alexander Kristoff (2nd).

“The boys did an awesome job,” Bennett said after beating the best.

“First Michael and Juraj brought me up and then with 500m to go Patrick came also from behind with lots of speed. I was able to jump on his wheel and with that momentum I was perfectly placed with 300m to go. I launched my sprint at 200m and I always felt I could win.

26yo Bennett said it was a great feeling to have his first WorldTour win under his belt.

“I suffered a lot last year in the Tour de France after my crash in the first stage,” he said. “But I did hang on and rode all the way until Paris. To finish that Grand Tour I think brought me to another level.”

“Today restored my faith in cycling to see a good friend of mine, Sam Bennett, win the stage,” said Porte.

“It was definitely a relief with better weather and a calmer pace, but it was still a stressful day, every day is in Paris-Nice. It was nice that the guys still had faith in me and looked after me. (We are) another day closer to Nice.  Tomorrow’s time trial is a good one for me I hope – whatever happens now is a bonus.”

Stage 4 of the 2017 Paris-Nice is an individual time trial covering 14.5km and finishing at Mont Brouilly. 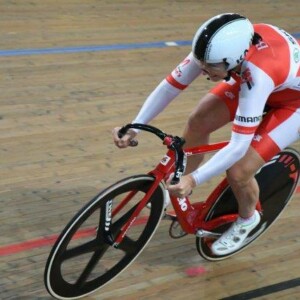