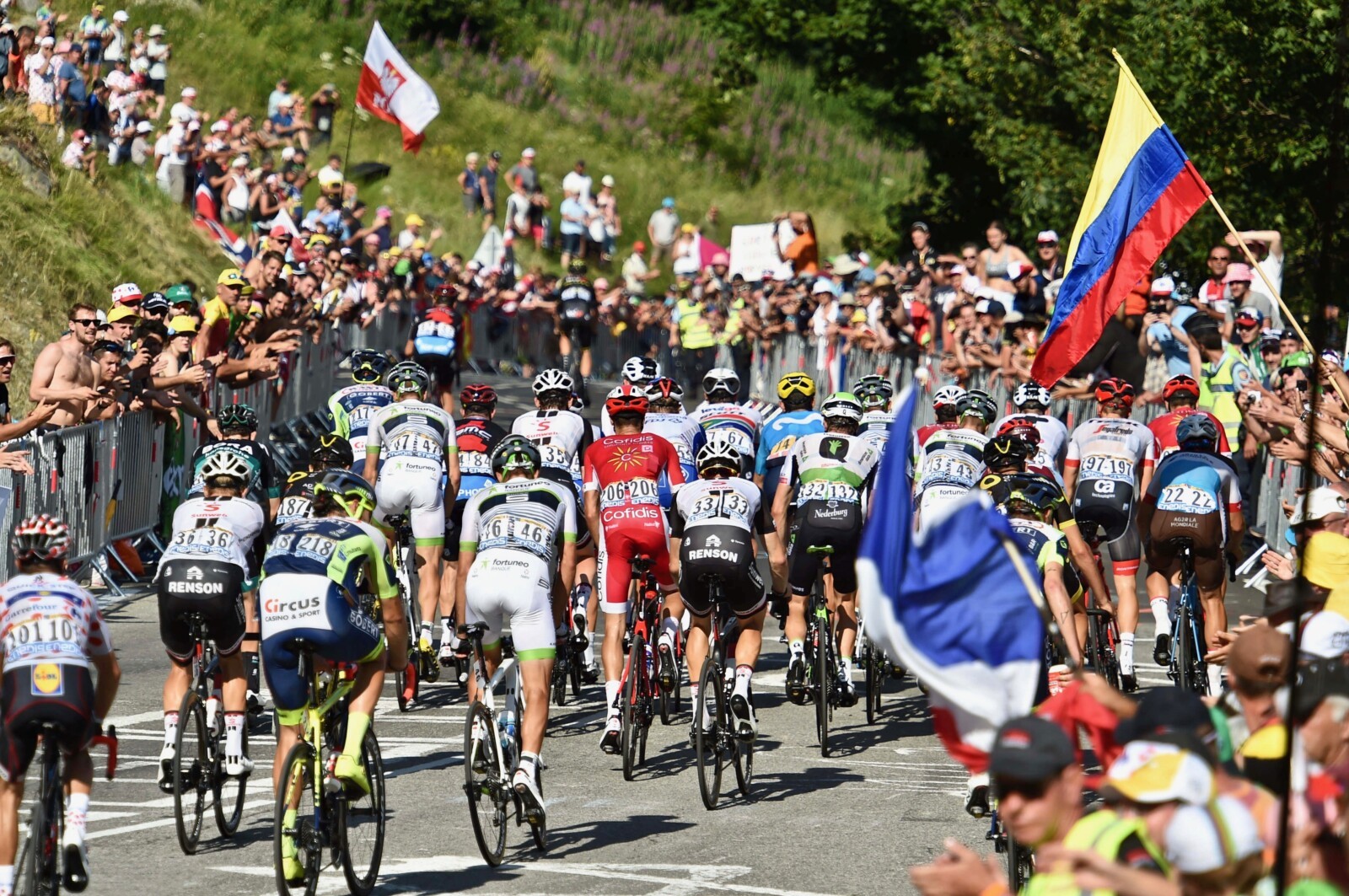 Geraint Thomas became the first rider to win a stage to Alpe d’Huez while wearing the yellow jersey in a thrilling and incident-packed stage of the Tour last night.

161 riders started stage 12 at Bourg-Saint-Maurice but many big names dropped out during the arduous alpine stage that included 5000 vertical metres of climbing. The sprint stage lineups will now look vastly different. After Mark Cavendish, Mark Renshaw and Marcel Kittel abandoned on Stage 11, Stage 12 saw several riders including Andre Greipell, Fernando Gaviria and Dylan Groenewegen out of the race.

Last year’s runner up Rigoberto Uran (Education First) abandoned before the start of Stage 12, and 2014 winner Vincenzo Nibali was forced to abandon after being found to have fractured a vertebrae in a crash just 5km from the finish. The cause of that incident remains unknown but coverage showed Nibali riding through chaotic crowds on an unfenced section of the climb.

Kruijswijk Solo Up And Over Col De La Croix-de-Fer

Lotto Jumbo NL’s Steven Kruijswijk rode away solo 73km from the finish and worked hard for a maximum advantage of 6’15’’ over the peloton. Kruijswijk started climbing to Alpe d’Huez 4’20’’ ahead … it was down to 3’30’’ with 10km to go.

Bardet attacked again with 2.5km to go before five riders (himself, Froome, Dumoulin, Landa and eventual winner Thomas) were reunited at the front.

Thomas proved to be the fastest in a thrilling sprint to the line atop one of cycling’s most famed mountains. 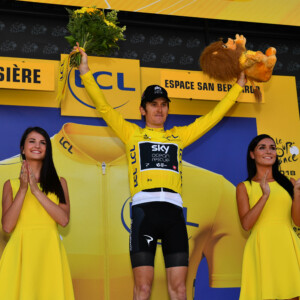 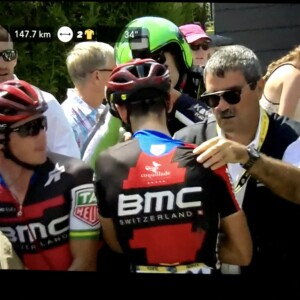