The Australian pair, who had performed a similar feat at Melbourne earlier this season, delighted the home crowd at the Anna Meares in pipping Dutch duo Yoeri Havik and Wim Stroetinga to the post thanks to a stellar performance from youngster O’Brien on the concluding lap.

Elsewhere, in a rip-roaring conclusion to both the series and the inaugural event in Brisbane, Britain’s Katie Archibald held off a late charge from another Australian in Amy Cure, with New Zealander Ethan Mitchell searing to sprint glory.

This was a fitting finale to what has been a thrilling series – and an early sign of what was to follow came in the very first race of the day, when Havik roared past title rival Howard in the team elimination to take the initiative.

A scintillating win for Sam Welsford in the 250m Madison Time Trial meant everything was up for grabs in the evening’s final act, the Chase, and it was 20-year-old O’Brien who defied fatigue best in a dramatic final lap that sent the Brisbane crowd wild.

“That was a nail biter,” said O’Brien. “I was so nervous in the last 30 minutes – I didn’t know what was happening and the Dutch guys are so good. “But Leigh looked after me so well today and hats off to him.”

In the women’s category, British star Archibald made it back-to-back Six Day wins despite a late recovery from Tasmanian rider Amy Cure.

Leading by 22 points overnight, the Scot tightened her grip on the podium by taking the 20km Madison with partner Trine Schmidt.

Archibald had been in dazzling form once again over the course of the three days in the Gold Coast city, but Cure, ever the fighter, mustered one last push to power to victory in the scratch.

That was not enough to claim the crown – Archibald’s superior record in Brisbane proving enough – but it was yet another reminder of the strength of Antipodean cycling at present.

With Cure a close second in the women’s classification and Howard and O’Brien tasting success on the men’s side, Kiwi Mitchell rounded off a brilliant evening at the office for Australasian racers by sealing the sprint title.

Mitchell, top of the standings after day two, secured his win with a dazzling early display in the 200m flying time trial, with his marker of 10.099 seconds the fastest of the weekend by some distance.

That was merely the starter for what was to follow, with O’Brien producing the standout moment in a finale that will linger long in the memory. 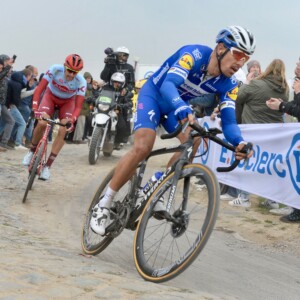 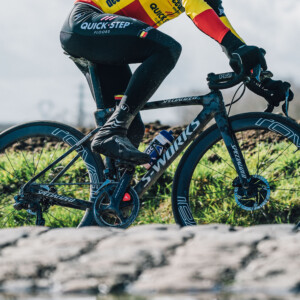