Dutch rider Tom Dumoulin of Team Sunweb has won the 100th Giro d’Italia after a blitzing ride over the final 29km Time Trial.

“It’s really crazy. I’ve won the Giro!,” said an ecstatic Dumoulin on the stage in Milan.

“It was such a nerve-wrecking day. I needed to stay calm and I almost couldn’t. Luckily I had good legs and I just went for it.”

Not wanting to know the time splits, Dumoulin said his sport director was only supposed to tell him when to stop taking risks.

“He did it at half way already!” exclaimed Tom.

“When I crossed the line he told me I had won but when I looked at the TV screen I saw I only had three seconds lead and I panicked a bit,” he said. “I was angry but eventually I pulled it off and I’m super happy.”

“It’s unbelievable. I’m so happy and so emotional,” he said.

“I’ve come second in time trials too many times. Finally I’ve won and it’s a big one. There are two really happy people here from the Netherlands. Yesterday I sent a message to Tom Dumoulin with the Maglia Rosa and he replied he’d hope we’d both be celebrating today and we are.”

Gracious in defeat, Nairo Quintana said despite not being on the top step, a podium finish wasn’t something to be disappointed about.
“We’re not machines, we can’t do everything we want as we want before a race,” he said.

“Sometimes, you don’t get the prize you want, even when you work hard to accomplish your goals. Dumoulin didn’t look like the main rival for us before the race, yet he bested everyone with excellent TT and mountain performance. He really deserves this victory.

“I wanted to finish on the top step of the podium but I’ve no regrets because I gave my very best,” he told CyclingNews.

”The time trials were the key to his year’s Giro d’Italia. That helped Tom. But he was the strongest and came out on top. He totally deserved to win the Giro d’Italia.”

Orica-Scott’s Adam Yates went into the final 29km Time Trial in the white ‘Best Young Rider’ jersey. Though stronger in the mountains, Yates was always going to struggle against ultimate jersey winner Bob Jungels in the race against the clock.

“It’s been a good experience for the whole three weeks,” said Yates. “We had a bit of bad luck in the beginning and if it wasn’t for that maybe things would have been different but we gave 100% every day and that’s all you can do. We came out with a top ten in the general classification, which was one of two objectives for me, so I’m not completely disappointed about losing white.

“We’ve finished with a top-ten overall, a stage win and a hell of a lot of experience,” said team sport director Matt White. 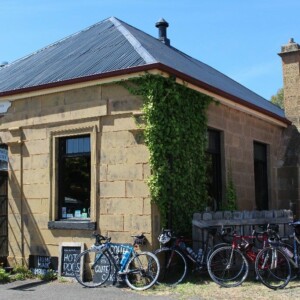