Cadel Evans has just been crowned, hang on, has crowned himself cycling champion of the world. This crowning is a shock to many, including myself and also it would seem to Cadel. “It’s funny –when you dream and work for something for so long, when it actually happens you don’t believe it,” he said. Talk with cycling fans, sports fans or general news observers and it becomes intriguingly obvious that Cadel is not received in the same light as other ‘champions’. A quick spin around the web and into blogs or twits or books of faces (I really don’t normally go there!), and the evidence continues seemingly the world over. How is it so many can draw similar conclusions on one’s character having never personally met with said individual? 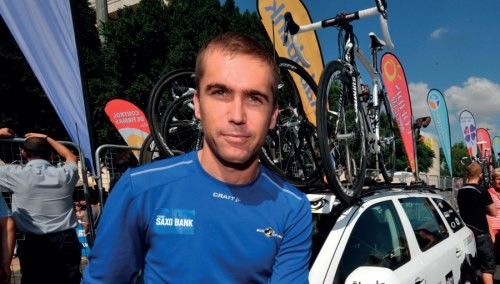 Commonly we hear: “He doesn’t attack” or “he always follows” or “he speaks badly of his team and teammates.” Those close to Cadel have known him, during his early years in the pro peloton, as ‘the petit prince’ due to an air of arrogance held for teammates and staff members. Random and bizarre media outbursts of the verbal and physical kind have not helped the cause and probably done much to define Cadel Evans in the public’s eye. Whether this is fair or not is up for debate. Does this victory change anything? It has been widely acknowledged that his performance in Medrisio was outstanding both physically and tactically. He even seemed to be riding in a state of harmony with his teammates. So could it be that with this victory the general public may begin to focus on his positive attributes that have always lagged second place to his aforementioned ‘flaws’. ‘A hard worker’, ‘never gives up’ and ‘dedicated’ or ‘the most serious guy in the bunch’ are commonly, yet quietly, spoken of in reference to our new world champion, yet do little to fully engage a fan to ‘hail Caesar’ and again I ask why?
Do we expect all our sports champions to be the all conquering, stand up good guy who wins races, entertains with smooth media skills, magic one liners and one who can knock over the ladies with a killer smile? Or are we asking a bit too much?

A major part of being labelled a sports champion is being a role model for youngsters and future champions. In this regard we do often ask more of our champions than simply winning and with 2010 hosting the UCI world championships on Aussie soil the expectations on Cadel will surely pile on as they get closer. Even more so as the course passes right next to his home town of Barwon Heads. The pressure not only from the international, but also the local press will be intense.
Hopefully, with this victory Cadel is ready to seize the new title with a more relaxed media approach and enhanced respect for his fellow teammates and colleagues without abandoning his exceedingly dedicated approach to training and racing. Also, hopefully, with this victory, the general public (myself included) is ready to balance the regard we hold in our new champion. Bad behaviour is not acceptable from anyone, but equally one must give credit where it is due and the way he raced in Switzerland, Cadel deserved the win. Congratulations Cadel and good luck!