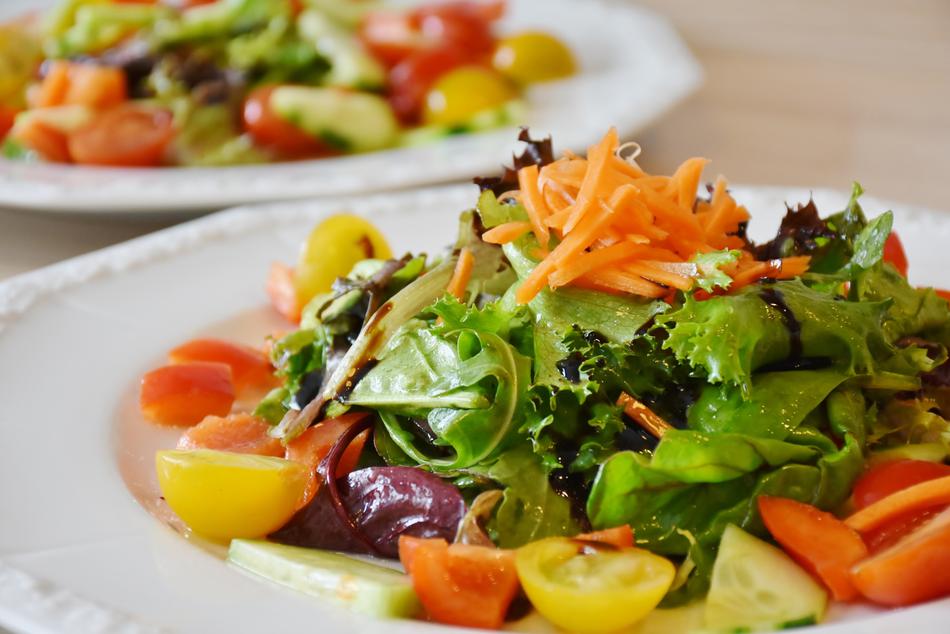 Sports supplements, the sporting world’s Pandora’s Box. I feel like every time the box is opened, troubles appear – along with a number of false prophets (or should I say profits).

In 2016, sports supplements alone (excluding health supplements) raked in $35 billion, and the market is expected to skyrocket to $60 billion by 2022. Soon you’ll be able to spot false prophets by their fat pockets.
By comparison, the bicycle industry is only expected to reach $46 billion by 2022 – a pittance. Such amazing growth is due in part to a lack of regulation of the entire supplement industry.

Company claims are regulated to some degree but the actual products themselves are often ‘buyer beware’. Supplements are arguably less likely to cause harm than regulated medications – or perhaps we don’t have enough evidence of potential harm. With numerous, mysterious companies producing supplements, the regulations require serious tightening.
Recent cases of supplements manufactured abroad found to contain traces of filler products, including arsenic, only add to the need. Sure, a low dose of arsenic may not kill you, but I certainly don’t want a World War I biological weapon padding out my tub of sports supplement, and frankly neither should you. Always buy reliable brands from reliable retailers. Period. You’ll live longer.

With my diatribe and medical disclaimer out of the way, it seemed appropriate to drop a truth bomb of knowledge for some of the more mysterious supplements that could be useful for cycling, mixed in with a handful of classics. I’ve left out the more obvious supplements, caffeine and hard work, along with popular dosing regimens, as you can lose yourself for days in the evidence for these. Instead, I have raided the research archives to dig up a brief insight into some of the rising stars.

In recent years nitrate has burst onto the scene like a tank full of nitric oxide at a drift car rally. Upon conversion, nitrate becomes nitric oxide which is responsible for widening blood vessels, allowing blood to flow more freely and reducing blood pressure. The end goal is increased oxygen to muscles at an increased pace. Small amounts of nitrate are found in the body for this exact purpose, but supplementing nitrate can improve the endurance of this process. Nitrate can be bought as a supplement, but beetroot juice is a potent nitrate store and studies have shown it is capable of providing the same outcome as expensive supplements. Sports involving 1 to 10-minute bursts show the greatest benefit from nitrates’ ‘raw drift car power’, which includes track cycling events. However, it can still improve muscular endurance and reduce perceived exertion over the course of long aerobic rides.

It’ll remove smells from your fridge and puff up your cakes. What can’t good old bicarb soda do? Bicarb soda is produced in the kidneys and helps neutralise the effects of increased acid levels in the body.
That burning sensation in your legs half way up Mauna Kea? That’s acid and your body can only tolerate it for so long. The longer acid levels are starved off, the longer you can work for. For cycling efforts longer than 45 minutes, supplementing bicarb soda improves the time you have before entering the hurt locker. Some people believe bicarb soda supplements make them feel readier at the starting line but there is no evidence to back this. However, cake makes people feel good all the time. That’s a fact.

In my experience, if you body-build, you probably take BCAAs. Not because you know why, but because Big Joe told you that “you can’t get dem gainz” without them. Big Joe also takes steroids, so I’ll give you my opinion instead.
BCAAs are three key amino acids: leucine, isoleucine and valine. They are implicated in muscle growth but can also improve your body’s ability to use glucose. Seems like good stuff for making ‘dem gainz’. But – and it’s a big but – if you already have a good protein intake, which most training cyclists should, supplementing is unnecessary. You would be getting enough of these BCAAs from your protein intake. Novice cyclists, or people with poor protein intakes may find BCAAs reduce fatigue and help improve muscle growth. Big Joe, however, is literally setting his cash on fire if he buys them.

No, you read it right. Colostrum. The maternal nurse may have mentioned it to you. It’s the stuff that comes out right before breast milk when a baby feeds. It’s the product that all infant formula companies try to replicate, and that we still can’t nail. It’s truly amazing stuff that builds the immune system and helps bodies grow bigger and stronger. As a result, there is now a black market whereby bodybuilders pay to buy the stuff off breastfeeding mothers (gag!).
You can, however, buy an off-the-shelf supplement. If you are a grown adult that consumes colostrum, clearly you don’t need the ingredients that colostrum provides for growth, so they are broken down during digestion making them essentially useless.
On average, most cyclists will not find benefit in consuming colostrum, but it has been shown in elite cyclists to reduce the level of immune system collapse after long events, potentially reducing the chance of colds and infections when their bodies are trashed.

Unless you live under a rock, like a crustacean, you would have heard of fish oil. Also known as krill oil, plankton oil or deep sea Hoki Hoki oil. Okay. I made the last one up, but they are the same thing: omega-3 fats, often called the ‘good fats’. Ideally, omega-3 fats sit in a 1:1 ratio with omega-6 fats in your body, often called ‘bad fats’. It’s pretty easy to get heaps of omega-6 from foods like red meat but much harder with your hamburger habit to get a good intake of omega-3. You could go to the fish market or move to a Mediterranean region, but ain’t no-one got time for that. Keeping these fats in a 1:1 ratio is known to improve blood vessel health and reduce the chance of blockages, good things for cyclists. It is also associated with lower risks of some cancers and diabetes.
On the bike, a good 1:1 ratio can improve thinking and reaction times, and reduce post-cycling muscle soreness. If you already take a blood thinning medication, please chat with your doctor before starting fish oil.

This herb has been used in complementary medicine for years but is quickly gathering interest in research circles. Known for its ability to reduce immune system problems, it has been used by cancer patients to ease chemotherapy side effects in conjunction with their regular treatment. Read that again. It is not a cancer treatment as some false prophets claim. Prophecies like these get people killed.
For cycling, ashwagandha can potentially, incrementally increase endurance performance, reduce perceived exhaustion and improve sprint power if taken regularly. Oh, and the name means ‘Smell of Horse’. Ponder that.

Known as an essential mineral, you need this to function. Magnesium is involved in many crucial processes but the most critical for cyclists is muscle contraction. Low magnesium means poor power output plus increased blood pressure and poor glucose tolerance. Pretty much a cycling disaster. It’s often mentioned in conversations about cramps, but the evidence is much broader than that.
It’s shown to reduce the risk of depression and ADHD, but importantly boost cycling performance through improved oxygen flow to muscles. You can get magnesium from grains, nuts and leafy vegies but a lot of people are deficient, especially when training hard. The body will only absorb what it needs, so don’t go nuts (see what I did there) on huge supplement doses. However, cyclists who train regularly will often find they feel better on additional magnesium.

These fascinating little balls of goodness are high in antioxidants, among other things, and have been shown to improve liver and cardiovascular health along with thinking and memory. Importantly, for cycling, blueberries improve recovery times by reducing overall muscle damage during rides. Interestingly, blueberries don’t reduce the overall amount of muscle soreness though. Blueberry supplementation has also been associated with improved happiness and overall wellbeing. Note that loading of blueberries, like carb loading, shows no performance benefits whatsoever. They are best consumed steadily as part of a regular diet or in a bagel with cream cheese.

Despite all the outrageous claims being made by some supplement companies, there are large amounts of evidence showing that some supplements should not and do not work, but somehow, they still provide benefit to those who take them. This is often attributed to the placebo effect, whereby someone believes so much so that a particular supplement works that they gain a benefit from it, mentally and possibly physically.
One study actually told people they were taking a placebo and miraculously some people still benefited from it, merely by believing it was actually doing something.
The placebo effect can be very powerful, be it ridiculous, and is now being used as tool to add additional benefit to known supplements. For instance, some tablets are intentionally manufactured bigger, as some people believe bigger is better. Others are made in colours such as red, because red is known to excite the senses. There truly is the potential of gaining something from the supplement itself along with the benefits of the placebo effect at the same time.

A word for competitive cyclists.
For those of you who ride in sanctioned events, you need to care about supplements a little more than the weekend warrior. Supplements may not be heavily regulated, but some supplements are still banned by the World Anti-Doping Agency (WADA). If you are taking a supplement and unsure about WADA’s stance, this website will have all your answers:
https://www.globaldro.com/AU/search 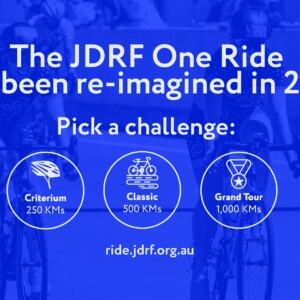