Giant’s latest incarnation of the Propel has arrived, the bike’s styling giving a clear indication of the future direction of not just the company’s range but aero bike design itself.

Available only in disc brake configuration, Giant say the objective of the new Propel Advanced Disc is to ‘forget limitations, ignore conventional wisdom, and create a race-winning aero road bike without compromises.’

Having taken a first-hand look at the bike that propelled Aussie Michael Matthews of Team Sunweb to Green Jersey victory at this year’s Tour de France, it seems Giant have met their objective.

Matthews raced on pre-production versions of the Propel Advanced SL Disc earlier this year and said with the new aerodynamics, the bike was super fast. “When you need to accelerate, it really gives you that kick you need,” he said. “And even in the rain, with the disc brakes it’s perfect.”

Three years in research, development and testing, the frames has been extensively wind tunnel tested, complete with a robotic mannequin to, according to Giant, “accurately replicate the effects of a rider pedalling with various wind angles.”

“Superior aerodynamics is a critical part of the equation, but our team of engineers, aerodynamics experts and pro racers wanted more,” say Giant.

With a noticeably larger headtube, downtube and bottom bracket area compared to the previous model, the Propel Disc is incredibly stiff – Giant claiming the highest stiffness-to-weight ratio among all competitors.

Disc Only – No More V-Brakes

Giant say extensive research has proven that, with proper integration, a disc-brake design can actually improve aerodynamic performance. Doing away with their previous front and rear ‘V’, or side pull, brakes the new model is available with Shimano 140mm discs.

“The Propel Disc range delivers superior braking power and greater modulation in wet or dry conditions,” say Giant. “This was a critical performance demand from our pro road racers, who typically race for hours on twisting terrain with high-speed descents and cornering before they make the decisive breakaway or sprint for the finish.”

Wheel wise Giant say the most aero and efficient option is a 65mm SLR rim on the rear and lower profile 42mm SLR on the front.

“This is proven in wind-tunnel testing to produce minimal drag,” say Giant. “The front wheel, which is more affected by crosswinds, features a shallower 42mm rim. This further boosts the bike’s aerodynamic performance by lessening the effect of crosswinds on the front wheel while also reducing overall drag.” 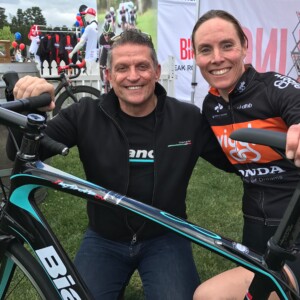 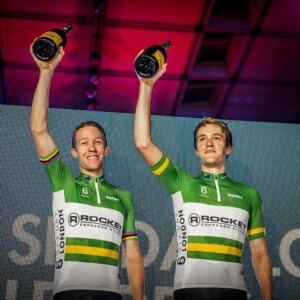