Despite what the marketing spin doctors may lead you to believe, aero may not be everything. Give me a lid with vents any day.

I’m all for a nice set of carbon rims to save a few extra watts, but give me a cooler and less sweaty head and I’ll happily donate a handful of watts to my closest competitor.

The Cinder has 25 vents predominantly aligned longitudinally front to back to reduce their propensity for catching wind. They effectively steer the airflow down to your scalp, and despite the somewhat contradictory name of the helmet, assist in cooling you down. It’s a key difference between this and some of the ice cream buckets, those no-vent chrome domes worn by the fast men of the pro peloton (as well as some amateur wannabes) looking for any marginal competitive edge. But you can’t have your cake and eat it too; redirecting the breeze equals catching the wind … it’s going to induce some level of drag.

This is not to say that wearing the Cinder you’ll feel like your sailing into a headwind with your spinnaker up, far from it in fact. And while there may technically be a measurable reduction in wind resistance, I’d go so far as to say you’ll likely not actually feel the difference in drag between an ‘aero’ helmet and one with vents. You will however notice the refreshing delight of the wind in your hair as you sweep down the hills and valleys of your favourite local ride.

Safety is of course the primary task of a helmet; protecting the skull by preventing damaging contact with hard objects, and absorbing impacts—ie extending the period of impact. Lengthening the time it takes for your head to change velocity from say 40kph to zero by 15 percent, will reduce the force by 15 percent. So that cushioning effect of a helmet, the compaction of the expanded polystyrene shell during a crash, can save your life by extending the period of impact and lessening the force applied to your most valuable organ.

There are other factors involved in safety of course…this Cinder is a MIPS equipped helmet and it deals with one of them. MIPS technology is designed to minimise the wrenching rotational effect a helmet can inflict on your brain and neck should you crash and the helmet bites into the road surface as your momentum carries you along. There’s a lining inside that acts like a fuse, allowing the helmet shell to spin around your skull if you should have this sort of sliding crash. You can see the MIPS lining and can actually make it slide a little if you give it a push.

Thankfully I’ve not had the opportunity to test these safety features with this particular helmet. I have however cracked a helmet wide open during a prang, and experienced the ensuing concussion. I’d suggest I would have had far more significant injuries had I not been wearing that ill-fated helmet. Wear your helmets people.

The Cinder is a good looking helmet in a similar vein to the range topping Giro Synthe, but it’s significantly more affordable. It is not bulky or unfairly encumbered with excess mass weighing 323g in this XL size. The straps are comfortable and easily adjusted, and the full harness is tightened simply with a dial at the rear. I found the Cinder comfortable and cool to wear and wouldn’t hesitate to recommend it to anyone who might feel it fits their head shape well. 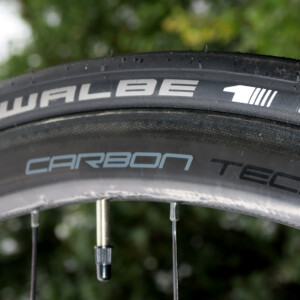 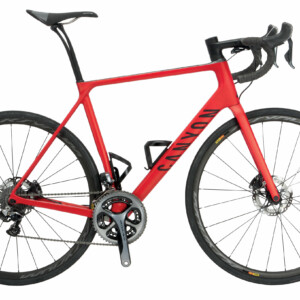