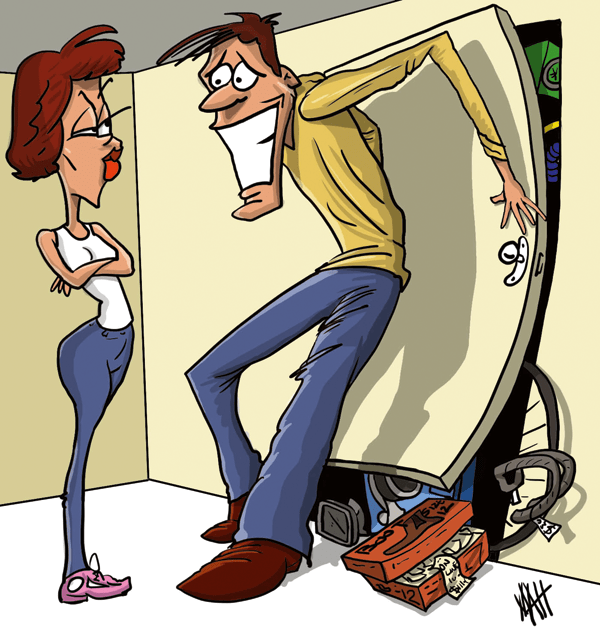 My recent path of study has seen me briefly researching the subject of addiction. When we think of addiction, our thoughts often jump straight to drugs, alcohol or gambling as being representative of ‘addiction’. However, as I delved deeper into the topic of addiction, a feeling of familiarity began to come over me. The more I learnt about the behaviours and characteristics of an addict, the more I could identify these behaviours in Cycling Hubby, only he isn’t involved in drugs, alcohol or gambling. These identifying behaviours were indicative of his relationship with cycling.

The first common characteristic is the most obvious one, where the person becomes obsessed and constantly thinks of the activity. If Cycling Hubby’s day were a sandwich, cycling would be the filling and sleep would be the bread. He wakes up, goes for a ride, commutes to work on his bike, works in a bike shop, purchases some things from a bike shop, rides home, cleans and tunes bike, checks out any cycling news online, makes many phone calls and texts to arrange a ride for the following morning and eventually rolls into bed to gain enough strength to do it all over again. Obsessed? I think so!

Secondly, upon cessation of the activity, withdrawal symptoms often occur.  These can include irritability, craving, restlessness or depression. I learnt early on in our relationship, that without a bike, Cycling Hubby is a nightmare to be around!  He becomes grumpy, snappy and cannot sit still. Needless to say, the bike goes everywhere with us, as it is not worth the pain that follows if he cannot ride.  Relentless rain will often result in the grumpy Cycling Hubby making an appearance as the rain persuades him to have a few days off the bike. I have been known to literally beg him to go for a ride, as his behaviour becomes intolerable. Does this make me an enabler of his addiction?

With addiction comes the whole element of denial. Cycling Hubby is in great denial about many things linked to cycling. One of the biggest things he is in denial about is the financial impact of cycling. When asked about yet another whopping credit card bill, he responds with, “but I NEEDED a new (insert expensive and unnecessary item here)”. Shopping for a road cyclists reminds me a little of shopping for a wedding. There is no such thing as a small purchase. As soon as you add the label ‘road cycling’ to anything, the cost seems to treble before your very eyes. Reviewing the budget is always a fun event, as Cycling Hubby has such a warped perception of how much money actually gets syphoned off to support his habit. The conversation generally follows the same path each time, whereby I try and take the blindfold off Cycling Hubby’s eyes and reveal the real cost of his ‘habit’ and he likes to make helpful suggestions, like, maybe we should switch to Home Brand toilet paper to cut costs.

Another sign of addiction is when someone neglects other aspects of life such as family. Not only does cycling see Cycling Hubby dip into the piggy bank, but also the time bank, and again, he is in denial about this also. According to Cycling Hubby, he is rarely on the bike, and spends hours at home devoted to his family. This is a myth, and in reality, if he isn’t at work, he is either cycling, or at a coffee shop – such a hard life. I have learnt to ‘book’ time around his cycling if I ever wish to see the man.

And the last addictive behaviour I have observed in Cycling Hubby is when a person hides the behaviour, or linked behaviours from family or close friends, e.g. hides alcohol bottles in closets, doesn’t show his/her spouse credit card bills, etc. I have to applaud the persistence and creativity that underpins Cycling Hubby’s tactics for smuggling in new purchases. Cycling Hubby will never get an online purchase delivered to our home. It always gets delivered to his place of work and then I get the entertainment of watching him trying to sneak it through the door so that I don’t see it. He is never very successful at this, and tends to forget the small fact that the evidence all lies neatly in the credit card statement.

And so I am left to ponder whether Cycling Hubby has a serious addiction that I need to be concerned about, or am I blurring the boundaries between addiction and hobby? I asked Cycling Hubby what he thought, and the suggestion was met with laughter, lots of laughter. Whatever the diagnosis, I had thought of calling all of his friends to arrange an intervention. The problem is, they are all addicts as well. 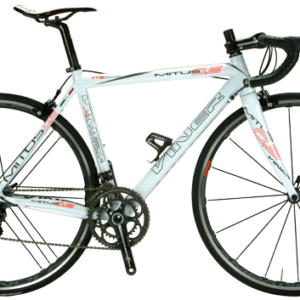