Broken Hill is more known for its silver ore than cycling, but it was there, at the lookout and miner’s memorial above the ‘Silver City’, I met two fellow riders returning home from the Clare Classic.

Recognising the Clare Classic jersey, a conversation evolved as we took in the stunning outback sunset.
“We absolutely love it … it was a challenging ride, far harder than Bowral,” she said reflecting upon the 110km Clare Classic course. “We’re from Bowral,” her husband said as he joined in on the cycling chatter. “It was tough out there .. the wind and the heat .. and my chain jammed between inner ring and the frame near the Mintaro rest stop, but overall it was a truly memorable event.”

Yes, 500km from Adelaide, more than 1100km from Sydney, and high atop the iconic town lookout at Broken Hill on Tuesday April 10.

Such is the magnitude, spread, reach and popularity of The Classics series events – the Bowral, Clare and looming Noosa Classic hosted by Bicycling Australia.

Following on from the first and second Bowral Classics – events that attracted a combined total of 6500 riders and raised close to $250,000 for charity, the inaugural Clare Classic was held in South Australia’s Clare Valley on Sunday April 8.

Unanimously considered a standout success, close to 900 riders descended upon the revered riesling region for the 50, 110 and 160km events.

As challenging as a true Classic – and ironically scheduled for the same day as the Hell of the North aka Paris Roubaix – riders were met with temperatures ranging from 33 to 36 degrees and hot, gusty northerly winds.

One such rider – none other than 5-time Tour de France participant Patrick Jonker, described the event as ‘the best Gran Fondo he’d ever taken part in’.

“I’ve ridden the Marmot and many big European mass participation events in France and Italy,” he said.

“The organisation, attention to detail, management, course and considerations here in Clare were second to none.”

Speaking after the event, the colourful Mayor of the Clare and Gilbert Valleys Council, Allan Aughey OAM, said a week out from the event ‘a hum began to envelope the region’.

“There were lots more cars with interstate number plates, so many with bike racks, and so many new faces in our wineries and places,” he said.

“That hum that built up to a crescendo of colour, conversation and excitement as 900 lycra emblazoned bicycle riders formed up along Clare’s main street on a splendid Sunday morning, all keen for the start.”

Mayor Aughey said despite the unseasonal summer weather that swept across South Australia over the weekend, riders conquered the climate.

“They were comforted on the green Clare Oval, recuperating amidst a plethora of local gourmet food, famous Clare Valley wines and sponsors displays,” he said.

“The Clare Classic delivered everything any Mayor would want for their regional community. A significant economic boost, great publicity and exposure.”

The popular Mayor concluded by offering his heartfelt thanks and appreciation to “the dedicated Yaffa team for selecting the Clare Valley and delivering so professionally this significant event that has benefited our entire region.”

“Please come back!,” was his parting plea.

It wasn’t just a former Tour de France rider and elected official grinning, it would be impossible to wipe the smile off the face of Shane Goldberg, winner of a $3500 Cervelo frameset in the #Cervelo4Clare social media competition.

Thrilled with his win, Shane said he was in desperate need of a new frame as his current bike is “ageing and has seen better days.” The prize couldn’t have gone to a more worthy winner, enjoy your new ride Shane.

After months of buildup, anticipation and excitement it’s hard to believe the inaugural Clare Classic has come and gone. The popular event will return – we will keep you posted on that.

In the meantime continue the training, maintain the mojo and fitness and, if we don’t bump into you at the Broken Hill town lookout beforehand, we’ll see you the Noosa Classic in August or Bowral Classic in October. 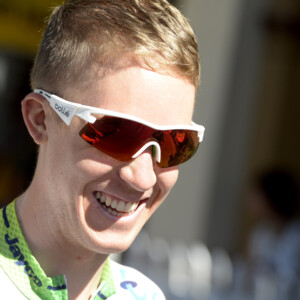 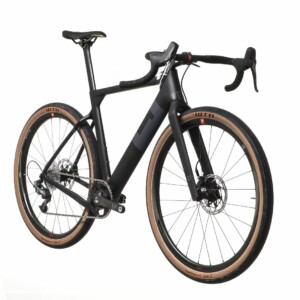